STONINGTON — The Stonington Volunteer Ambulance Corps has honored borough resident Howard Park for rescuing and resuscitating a 3-year-old boy who fell into the pond by the Velvet Mill last fall.

In a small ceremony earlier this month, Park was given a lifesaving award and medal for his act of heroism. 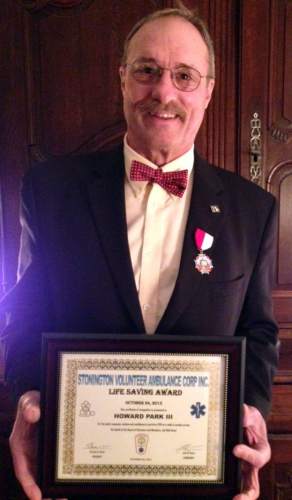 The incident took place just outside the Velvet Mill on Bayview Avenue, where Park has a painting studio. After the boy fell in the water and Park heard what was going on, he rushed out to administer CPR.

Once emergency personnel were at the scene, they took over and the boy started breathing again.

In the months after the incident, Park said he was very emotional about the experience, and it took awhile for him to recover. The award offered him closure, he said.

“I still see the little boy regularly and am so glad he is the same child he always was and has recovered entirely from the episode,” he said. “Had there not been immediate action, he might have had brain damage from a lack of oxygen. I’m very happy everything turned out all right.”

Patrick Cassidy, one of the first responders to the scene from Stonington Ambulance, also received an award for his service in saving the boy’s life.

“I’m very glad Patrick and I were there to do what we did to save the boy’s life,” Park said. “Saving a life is what we’re wired to do as humans, especially those younger than us who will survive us all and carry on the next generation.” 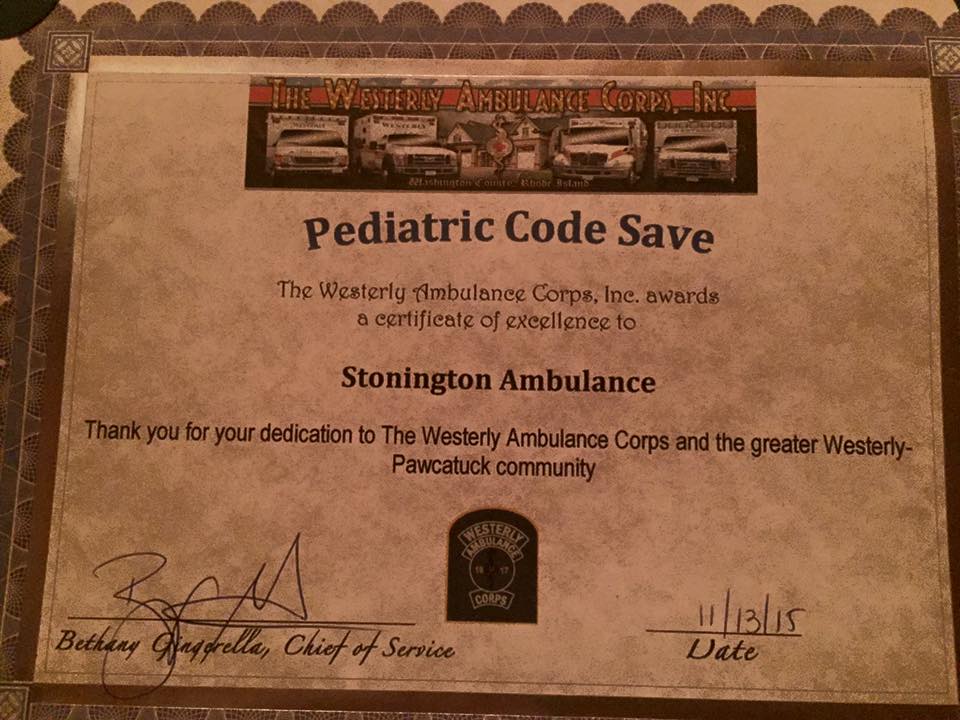